If you notice any of the following issues, it might be time to hire a contractor to either renovate or repair your timber deck.

The texture of the timber has changed

It's important to pay attention not only to the appearance of your deck but also to the texture of the timber. If it feels slightly spongy underfoot, this could mean that the deck has developed a type of fungus called 'wet rot'.

As its name suggests, this fungus thrives in moist conditions and as such, frequently grows on timber that is kept outdoors during periods of heavy rain or high humidity.

Unfortunately, wet rot can weaken your decking timber and give it the aforementioned spongy texture. It can also result in the timber crumbling and cracking.

If your deck has developed this fungus, it is important to hire a contractor to address the problem as soon as possible, as the presence of wet rot can affect the structural soundness of the deck and thus make it unsafe to stand on.

If only some of the decking timber has succumbed to wet rot, it may be possible for your contractor to simply replace the affected slabs with new ones. However, if the fungus is present on the entire deck, your contractor may need to tear down the whole structure and build a brand new deck.

The deck has become lopsided

A deck can start to look lopsided if one section of it begins to sink into the ground. This tends to happen most often when the soil underneath the deck's foundation is expansive, as expansive soils (such as clay, for instance) will swell up during periods of wet weather and contract when they then dry out. This can then result in the deck's support pillars gradually sinking into the earth.

In addition to being unsightly, a deck in this condition may not be stable and level enough to safely stand on. As such, this is an issue which needs to be addressed quite promptly.

In this situation, your contractor may simply need to replace the soil underneath the foundation with a non-expansive material (like gravel or sand, for example).

However, if the deck has been lopsided for several months, the wooden support posts on the sinking side may be damaged as a result of having to support too much weight, in which case the contractor would also need to replace these. For more information, contact companies like Bowens. 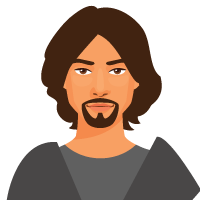